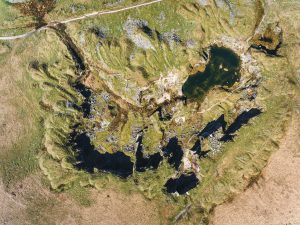 The long history of mining in Devon and Cornwall has helped parts of both counties reach UNESCO’s World Heritage list. One of the gems of the area is the ancient stannary town of Tavistock. All the tin, copper, and arsenic were weighed here from 1281 for the next few hundred years. The money this local mining activity brought to the area helped to build Tavistock into the picturesque town it is today.

For hundreds of years, Tavistock wielded immense wealth and influence. Between 1700 and the early 1900s, west Devon and Cornwall provided most of the world’s tin and copper. Dartmoor is still marked by the many mining excavations that have taken place there.

In the 1800s the Dukes of Bedford invested in redeveloping areas of the town centre. They erected new public buildings and cottages for industrial workers to help accommodate the booming population.

Today, Tavistock, which sits astride the River Tavy, is known as the Eastern Gateway. The UNESCO classification includes a further 9 sites in west Devon and Cornwall, beginning in the east with Tavistock and stretching along the Tamar Valley as far west as St Just in Cornwall. Each of these sites had a significant impact on the industrial economy of the time. Today the changes to the landscape from mining are still easily identifiable. 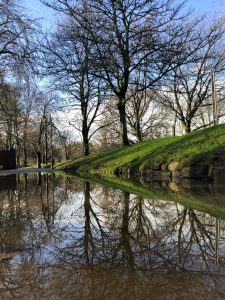 A longer history than mining

Tavistock’s roots reach much further back than mining. Starting as a Saxon settlement in 800AD, an Abbey was founded in 961 on what is today’s town’s centre. By the early 1100s, Tavistock had become a market town and local centre for wool production.

A pleasant walk along the river and through the gardens will take you to what remains of the ruined Abbey. Not much further along is the town square where the Guildhall, Townhall and Pannier market can be found. Hurdwick stone, quarried locally, was used to build these buildings.

The short stroll takes you through the remains of over 800 years of history and the development of Tavistock from a small settlement to one of the 19th Century’s most influential urban centres. Today, Tavistock has settled back into its market town roots and provides the perfect place for a day out and a short but enjoyable trip into part of England’s history.